Man on a ledge
(Blu-ray) 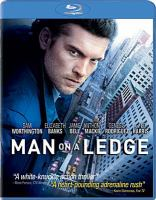