The man with the iron fists
(DVD) 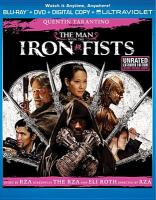